A wonderful opportunity to own a share in proven hurdler with classy form who promises to be an even better chaser.

After winning his maiden hurdle The Wallace Line finished THIRD in a GRADE 1 and boasts GRADE 1 form with Bristol De Mai, and Baron Alco.

Bristol De Mai and Baron Alco have both gone on to be top class chasers. Bristol De Mai is the dual winner of the GRADE 1 Betfair Chase and also finished third in the Cheltenham GOLD CUP  now rated 173 and Barco Alco who won the BetVictor Gold Cup at Cheltenham is rated 152.

The Wallace Line has ran against Baron Al Co three times so far in his career, finishing second to him at Sandown (giving him weight), finishing in front of him at Chepstow in a GRADE 1 and again finishing ahead of him in the Fred Winter at the Cheltenham festival.

The Wallace Line was always going to be a better chasing with his attributes being slick jumping and the ability to stay exceptionally well.

Over hurdles we have been limited to mainly 3 miles’ events and this sort of trip would be the bare minimum for Wally. This was highlighted on his final run over hurdles at Cheltenham over 3 miles when he flew up the hill finishing third beaten just a length, any further and we would have been celebrating victory.

The Wallace Line won at Sedgefield in February over 3m 3f landing a gamble after being back from 12/1 into 6’s. 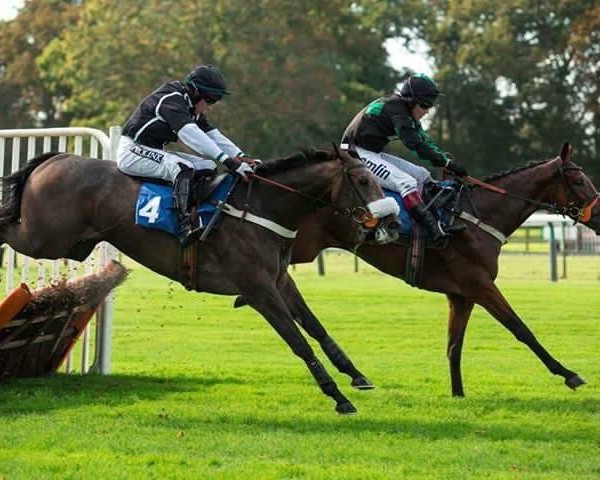 A wonderful opportunity to own a share in a fantastic dual purpose prospect who is already a proven top class hurdler and promises to be an even better chaser.