This strong imposing 4 year old filly is the half-sister to a 9-time winner, RPR rated 99 and also the half sister of a 4 time winner.

Her brother & sister have so far won 13 races between.

Amliba made a very pleasing debut in a novice race at Newcastle in December finishing a running on sixth under hands and heels. She was only beaten just over 5 lengths and it looks like she will follow in the footsteps of her brother and sister who are both multiple winners.

The Racing Post commented: Amliba showed ability from off the pace and can build on this debut over further.

Amliba was given a few months in the paddock to strengthen after finishing fourth at Southwell and during this time she really developed physically and we are looking forward to seeing her back on the track in due course.

**There is no re-sale value on Amliba, however you shall receive your % of prize money**

The highest rated sprinter by INVINCIBLE SPIRIT at stud 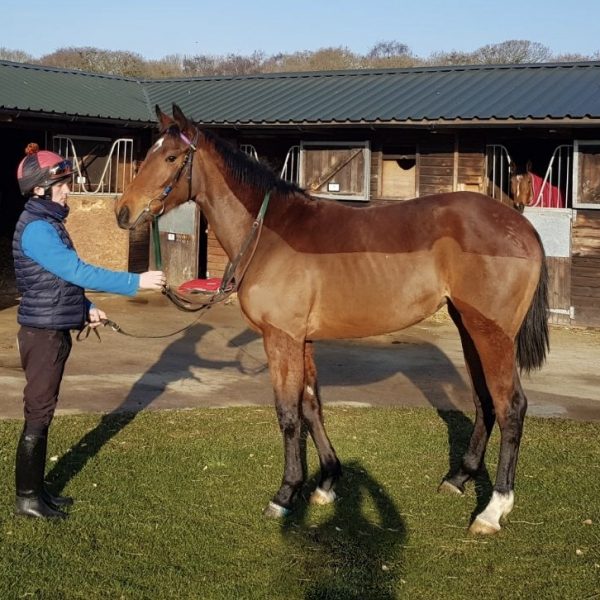