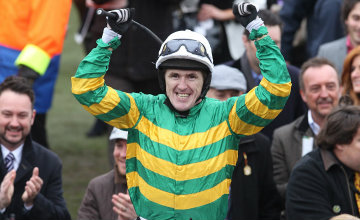 TONY McCOY is to become Sir Anthony McCoy OBE after being awarded a knighthood in the Queen’s New Year’s Honours list in recognition of his services to horseracing.

McCoy, who re-wrote the record books during an extraordinary 23-year career in the saddle, on Wednesday spoke of his knighthood as being “the greatest honour that can be bestowed upon you.”

McCoy, only the second jockey in history to have been awarded a knighthood after Sir Gordon Richards in 1953, said: “This is the pinnacle in terms of awards. It’s a great honour for me, and for my family. Mum and Dad are very proud.

“It is also great for the sport, and great for jockeys. I know quite a lot about Sir Gordon Richards – I did get a bit obsessed with him for a period of time during my career – and it just goes to show what jockeys can achieve.” 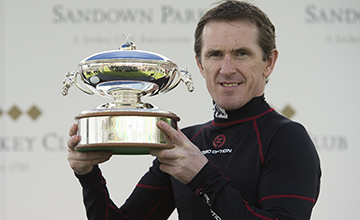 He also won ten races on the Flat, including the ‘Leger Legends’ race aboard Gannicus at Doncaster in September – his farewell in the saddle and for which he came out of retirement temporarily as a favour to charity fundraiser extraordinaire Jack Berry – resulting in a final overall total of 4,358.

His first winner was aboard Legal Steps on the Flat at Thurles in 1992, and his first triumph over jumps was recorded on Riszard at Gowran Park two years later.

He also memorably landed the world’s most famous race, the Grand National, aboard Don’t Push It for his boss JP McManus and trainer Jonjo O’Neill at Aintree in 2010 after 14 previous attempts had ended in disappointment.

McCoy was crowned champion jockey for 20 consecutive seasons – in every season after he became a fully fledged professional in 1995-96. This easily eclipsed the old record of eight titles (including one shared) by Peter Scudamore between 1981-82 and 1991-92. 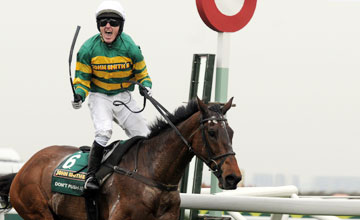 Perhaps most renowned for his partnership with trainer Martin Pipe, he enjoyed his most prolific campaign in 2001-02, when his total of 289 winners in a British season beat Richards’ record of 269 on the Flat, set in 1947, and meant he finished an astonishing 157 winners clear of perennial runner-up Richard Johnson.

The trophy for champion jockey was decommissioned and awarded to McCoy permanently on his retirement on bet365 Gold Cup day at Sandown. 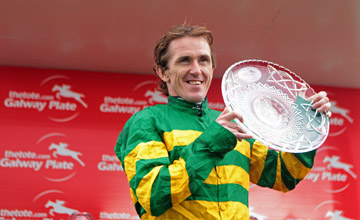 Sir Michael Stoute was also knighted in 1998, but he received the honour in recognition of his services to tourism in his native Barbados, rather than for racing. Sir Mark Prescott is a hereditary baronet.