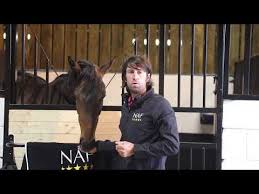 Christian was born into a family where involvement with horses was a way of life and it wasn’t long before he had ridden his first winner between-the-flags as a young lad and ever since, Ogmore by Sea’s Christian Williams had dedicated his life to horse racing.

Christian’s riding career prospered, where, as a jockey, he rode more than 100 winners for champion trainer Paul Nicholls and the same for Welsh trainer Evan Williams.  He enjoyed some big race success including finishing second on Royal Auclair in the 2005 Grand National.

Having suffered some unlucky and quite serious injuries as a jockey, Christian retired from the saddle to make the natural progression to the training of racehorses. He was employed by one of National Hunts leading owners, Dai Walters where he spent five years as a trainer, before finally making his dream move back to Ogmore by sea, his family premises to embark on his training career alone, launching Christian Williams Racing.

Christian has gained a wealth of knowledge and experience both from high level race riding, but also working and riding for a large selection of the most successful trainers in the business.  He adopts a hands on approach and affords every horse in his close knit yard the ultimate attention.