Diamond Racing is delighted to announce that we have taken a 50% share in Scottish Grand National winner Beshabar.

Last year Beshabar was one of the favourites for the Aintree Grand National but a setback ruled him out, however he is now back in full training with Tim Vaughan. This is without question a huge opportunity for Diamond Racing and those who decide to take a share.

Tim Vaughan is targeting “The Fox Hunters Chase” at Cheltenham in March and then hopefully the big one (Grand National) in April. The plan is to have Beshabar out sometime in December or early January. This is truly a great opportunity to be involved with a top class chaser who’s last run was in the Hennessey where he finished a running on 5th and recorded an rpr of 150 over a trip that was far too short for him.

Beshabar isn’t the soundest of horses but he always been like that, however Tim Vaughan is very clear, if we get him to Cheltenham in one piece he can win the Fox Hunters. 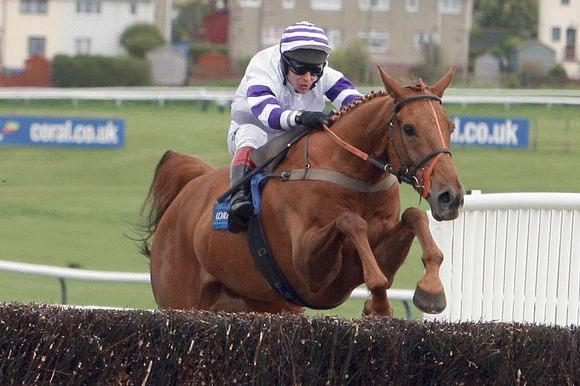 Shares are limited and if anyone is interested please give us a call in the office on 01525853667 or request an information pack from the website.